According to the World Rugby Year in Review 2018 saw record growth in the numbers playing rugby, with over 9.6million people,Men woman and Children, play the sport world wide. This number includes 2.7 million women, up 10% on 2017.

This is great news for the sport and with the world cup just around the conner you can see those numbers going up again.  (you can check out my last post about the upcoming world cup here). Not only is the world cup on this year but many of the big competitions around the world are looking to expand. They are looking to bring some second tire countries a chance to take a spot forward and improve by playing better teams and learning from this, like Argentina when they joined the try nations now the Champions Cup.

The Champions Cup is looking to expand and bring more teams into the competition. One of the team that could benefit from this would be Japan who have a good rugby set up and are looking to make bigger waves in the rugby world like they did in the last world cup when they beat South Africa.

The Six Nations is also looking at maybe brining in an other team in the hope of improving them like it did when Italy joined the league.

At club leave this is also a lot of expansion happing which is great for the game. The southern hemisphere have the supper 14 which is the top league for Australia, New Zealand, South Africa and Japan. There is talk of more teams being added to this league.

At the moment France is the place to be if you want to make a nice living playing the game followed by England. Out side of these two leagues you have the pro 14 made up of Ireland, Scotland, Wales, French, and South Africa. The Pro 14 is also looking to expand 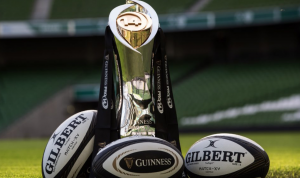 The southern hemisphere have the supper 14 which is also a great place to play.

There is a new up and comer on the rugby club scene. America set up a pro league in 2018. In 2019 there was 9 teams competing between America and Canada. This looks set to grow in the 2020 season. CBS Sports singed a deal to broad cast the games all over North America. The league is drawing some big names from Europe with the likes of Mathieu Bastareaud. Steffon Armitage moving to San Diego for the 2020 season there will be to more European players sure to follow.

With every thing happing in the world of rugby the future is bight for the game.